At the Procore Partner Summit in May, EarthCam, the leading provider of construction camera technology, announced the newest feature set for its deeper integration with Procore.┬ĀIn addition to support for dashboards and uploading content to Procore albums, ongoing development has focused on new one-click markup tools for creating Requests-for-Information (RFIs), observations and change events.

Productivity stagnation and poor communication are two of the biggest challenges facing the construction industry. EarthCam is responding to those challenges with innovative new markup tools that streamline RFI submissions and change events utilizing images from EarthCam cameras that are already on the jobsite.

The data-rich imagery provides the project team with clear visual evidence of jobsite conditions utilizing easy-to-understand annotated pictures. Once the user creates an RFI, observation or change event, a unique ID is generated for the actionable item within the Procore framework. EarthCam utilizes the ID to provide the user with a link to where that form lives on Procore, providing instant and direct access to time-sensitive jobsite data.

ŌĆ£We continue to be inspired by our partners to explore innovative, collaborative solutions that create value and deliver efficiency for our customers,ŌĆØ said Brian Cury, CEO and Founder of EarthCam. ŌĆ£With our new Procore tools, our mutual clients have another powerful way to leverage their EarthCam technology to effect immediate advancements on the jobsite.ŌĆØ

Added support for field observations is also part of the expanded integration, where users can create an observation on-the-spot and upload the supporting webcam content directly to Procore for review. Change is a constant on the jobsite, and EarthCam is making it easier to track any potential changes to the construction budget with the ability to utilize its webcam imagery and 360┬░ reality capture content to manage change events efficiently. All tasks and associated webcam documentation are organized and accessible to all team members within the Procore dashboard, quickly turning questions into answers for a more productive and lean jobsite.

This latest round of features builds upon EarthCamŌĆÖs existing Procore integration, which includes access to its live streaming video, gigapixel imagery, immersive 360┬░ VR media and 4D construction imaging. The recently released Version 8.5 of EarthCamŌĆÖs Control Center 8 software-as-a-service features added support for Autodesk BIM 360, where users will benefit from the ability to view their EarthCam cameras in relation to Navisworks and Revit models. Users can perform live comparisons and execute measurement functions between webcams, 360┬░ VR photography and 2D or 3D models.

Combined with EarthCamŌĆÖs professional line of live streaming video cameras and time-lapse construction cameras, the valuable content is easy to analyze and is driving productivity for a more informative jobsite.

EarthCam is the global leader in providing webcam content, technology and services. Founded in 1996, EarthCam provides live streaming video, time-lapse construction cameras and photography documentation for corporate and government clients in major cities around the world. EarthCam leads the industry with the highest resolution imagery available, including the worldŌĆÖs first outdoor gigapixel panorama camera system. This patent-pending technology delivers superior multi-billion pixel clarity for monitoring and archiving important projects and events across the globe. EarthCam has documented over a trillion dollars of construction projects around the world. The company is headquartered on a 10-acre campus in Northern New Jersey and maintains 13 additional offices worldwide. 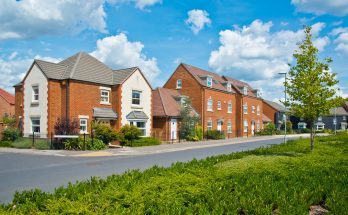 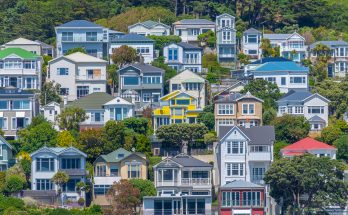 View all posts by Simon Wright →