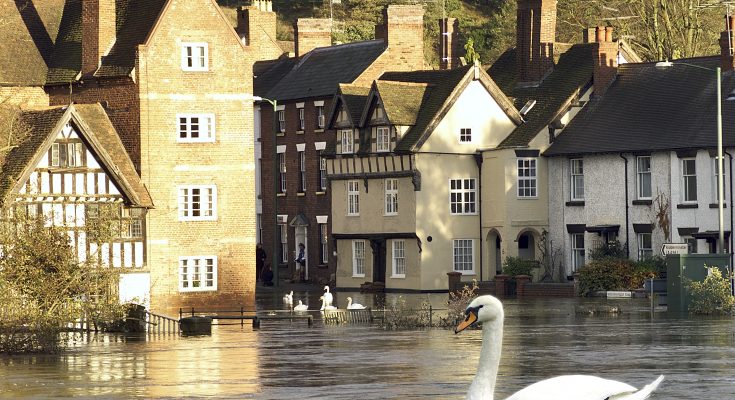 Government announces thousands of pounds of support including grants, council tax relief and business rate relief for people and businesses in areas affected by flooding.

On 18 February, the government announced thousands of pounds of support for people affected by flooding following Storms Dennis and Ciara.┬ĀMeasures apply to those affected in district or unitary authorities that have 25 or more flooded households as a result of the recent storms.

Support to the affected businesses and households comes after the government activated the emergency Bellwin scheme after Storm Ciara on 10 February and Storm Dennis on 17 February 2020.

The Bellwin scheme was activated for qualifying areas in West Yorkshire, Cumbria and Lancashire which have seen significant impacts following Storm Ciara.

It has also been activated for qualifying areas in Nottinghamshire, Leicestershire, Derbyshire, Shropshire, Telford and Wrekin, Worcestershire and Herefordshire┬Āwhich have seen significant impacts following Storm Dennis.

There is a heightened flood risk mainly in parts of the Midlands. River levels will remain especially high on the Rivers Wye and Severn, continuing on the lower River Avon until Saturday. Further heavy rain is forecast in the north of England for Wednesday into Thursday and may fall on catchments that have been recently flooded.

Under the Flood Recovery Framework and as some affected areas move into recovery,┬Āfamilies and businesses will receive funding from their local councils after a set of support packages were announced by the Local Government Secretary Robert┬ĀJenrick.

Under the scheme, local authorities dealing with the flooding can apply to have 100% of their eligible costs, above a threshold, reimbursed by the government. This could be for items including rest centres, temporary accommodation and staff overtime. More specifically, under the measures announced yesterday:

Local Government Secretary Rt Hon Robert Jenrick MP said: “Storms Dennis and Ciara have severely impacted a large number of households and businesses ŌĆō and I recognise how destabilising this can be.┬ĀThis extra support, including new funding, will help people in the worst-hit areas to recover and get back on their feet as soon as possible. IŌĆÖd like to thank the emergency services and key agencies on the ground for their dedication and tireless work to help everyone affected in extremely challenging circumstances.”

Support of businesses is widely sought after following recent floods. As REET wrote earlier, Business Recovery Grants up to ┬Ż2,500 were available from the Department for Business, Energy and Industrial Strategy (BEIS) to eligible small and medium-sized businesses which had suffered severe impacts from November floods.

In general, it has been an exceptionally wet winter so far with autumn rainfall records being broken for South Yorkshire, Nottinghamshire and Lincolnshire. England as a whole had its fifth wettest autumn on record.

The public canŌĆ»check their flood risk and keep up to date with the latest situation atŌĆ»gov.uk/check-flood-risk, or by calling┬ĀFloodline┬Āon 0345 988 1188 or followingŌĆ»@EnvAgencyŌĆ»on Twitter.

View all posts by Helen Macefield →