A crisis in available rental housing continues to spread across the country and Oregon is leading the way in alleviating this crisis with a new state-wide rent control law that will immediately affect landlords and property managers.

Oregon is leading the country by enacting a state-wide rent control law; one that could significantly impact property managers and landlords in how they manage property and utilize evictions.

Last week, Oregon became the first state in the U.S. to implement universal rent control. When Governor Kate Brown signed SB 608 into law, Oregon emerged as the first state to enact a state-wide rent control policy. Senate Bill 608, signed in to law by Governor Kate Brown, will restrict annual rent increases to 7 percent and ban what are known as ŌĆ£no-causeŌĆØ evictions, in an attempt to provide immediate, widespread relief to the stateŌĆÖs rent-burdened households.

Almeida adds: ŌĆ£New impactful laws, such as SB608, could create greater confusion for landlords and property managers, especially in the legal and lawful use of eviction reports and records. This is yet another reason that a best practice remains working with a third-party tenant screening agency in order to stay compliant with new and emerging law.ŌĆØ

Oregon may be the first state to get across the finish line regarding a state-wide policy for rent control but other states have made recent attempts or are continuing to review rent control in their respective states.┬ĀOregon now joins the states of California, Maryland, New Jersey, New York, and the city of Washington D.C. as places with some rent control or rent stabilization policies on the books. Another three statesŌĆöColorado, Illinois, and WashingtonŌĆöare considering similar statewide measures. Currently, 37 states prohibit or ban rent control outright.

One of third-party tenant screening companies is TenantScreeningUSA.com. Its highly trained investigators are well versed in the legal and lawful use of eviction record reports, criminal history reports, and all public record reports, as part of a complete tenant background check.

As noted by Adam Almeida, President and CEO of TenantScreeningUSA.com, ŌĆ£Housing is an on-going crisis across the country and Oregon has taken the first steps in trying to reduce the challenge of affordable housing. SB608, the new state-wide rent control law in Oregon, will have an immediate impact in how landlords manage property, especially in the use of evictions. The dramatic changes in law should immediately alert landlords and property managers to work with a well-qualified third-party tenant screening agency to insure current practices and policies are fully compliant with law.ŌĆØ

ŌĆ£In the end,ŌĆØ Almeida states, ŌĆ£laws governing rent control will continue to change and evolve. Landlords and property managers should engage with a third-party tenant screening agency in order to stay current with all laws governing tenant screening. This also entails the proper use of background reports such as eviction records and when and how to conduct criminal background checks.ŌĆØ 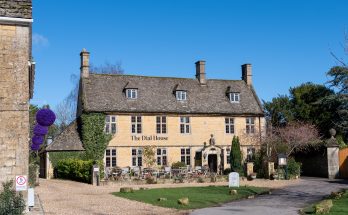 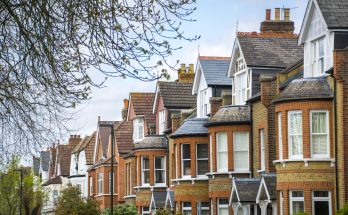 Public to be given the ‘Right to Regenerate’ their communities

View all posts by Nathaniel Parker →